The Dynamics of Photo Haiku – as explained by Gabriel:

” I have had the privilege of working with world-class photographers and to be allowed to see the world through their eyes and through mine together. Their vision is framed within their own shot, of course, as an aesthetic unit but when the work re-emerges in the new guise of a photo-haiku (or a haiga) the interplay of image and text creates a new flavour, a new sensation, a new experience of reality. The energies, memories, experiences, beliefs of two distinct people – who may or may not know one another – all emerge from the dark room of the unknown.  I have worked with American photographer Ron Rosenstock (no relation), Greek photographer Kon Markogiannis, Dublin photographer Jason Symes, French photographer Jean-Pierre Favreau and many others, including past masters. Working with Kolkata-based Debiprasad Mukherjee is another step on this trek, this pilgrimage without a goal. The vitality of Mukherjee’s work is a tonic for the soul. The haiku are composed instantaneously in Irish and English and an interplay happens between the two languages as well. When translating from one to the other, I might see something in the order, or choice, of words that suggests a back translation. As a daily mental exercise, bilingual photo-haiku is a meditation, a mind cleanser like nothing else.  It has been said that a Zen-haiku poet does not look at an apple, say, but as an apple. Interpenetration is the key, emptying the mind and entering into the photographic experience in a blissful state – literally stepping into the photographic landscape or image in order to step out of oneself. It is what haiku master Bashō meant when he said to his disciples, ‘Go to the pine  . . .’ “ 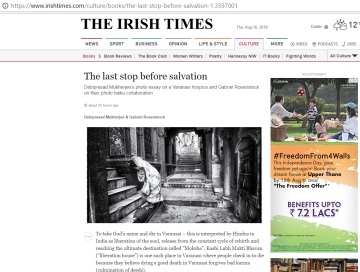 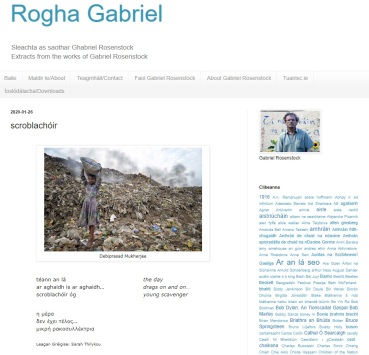 The Mamba – Journal of Africa Haiku