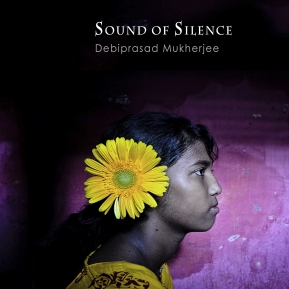 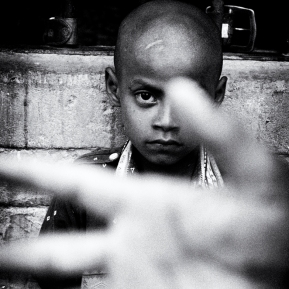 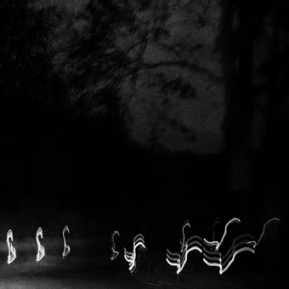 Another world with a presence of absence remains within the sound of silence, little world within our big planet rotating on another orbit with its own rhythm. To most it may seem insignificant yet it undeniably exists, with its own citizens, own language, own emotions, own sounds or rather its own silence too. We may lack clues about the existence of this world and hence it remains unexplored, untouched, unheard of … isolated like a sudden mute moment inside a cacophony, a piece of erased memory, a non-existent island on a map.

When I began photographing a few deaf & dumb children in the city I had no clue about their world, about their lives and situations. Though I was compassionate I couldn’t relate. As homework, I tried to learn introductory sign language so it could help me to communicate with them, and equipped myself by researching deafness. But believe me, it was not at all enough to face the new world that was awaiting me. The very first day was weird – I could neither communicate nor I was comfortable with them at all. I guess, the feeling was same from their perspective too. But that was just the start of a long journey – an exploration of a hidden world, a series of unforgettable memories for me.

Gradually, after few weeks, I started responding to the signals of silent souls. I started exploring the existence of this entirely different, almost imperceptible world around us. Their stories, their smiles, their struggle, their emotions and most importantly their dreams & passions took me to further isolated islands – so small and insignificant, so inconspicuous yet so very conspicuous to those who have glimpsed the sufferings.

Lots of small children across the slum areas of Kolkata are suffering from hearing impairment and this trend is fast increasing. Genetic behavior, poor hygiene, lack of treatment, sound pollution, lack of awareness, no immunization, early age diseases are amongst the primary probable causes. To their parents and relatives this issue is often viewed as the curse from God, a misfortune. Their neighbors evaluate this as the result of wrong-deeds done in a previous life. But they live this, their own life in their own way. They come across as introverts and are shy to come out of their shells. But the attention of a sincere smile can provide the spark to bring out an entirely different human being than the surface might have revealed. I visited 8 different slums of the ‘City of Joy’ to identify these hearing-impaired children who are fighting against all odds. Most of them are living in miserable environmental conditions either due to socio-economic reasons or to severe prejudice & negligence. Some of them are orphans, while some are so poor that their family can’t earn enough for a loaf of bread, hence medical treatment remains a remote luxury. It was difficult to get the access to the privacy of their very own world in terms of both physical reach and psychological intimacy. There were lots of challenges – social, political, religious, and of course, emotional. But ice breaks over time, and after that it was an unfolding, enigmatic world of sound & silence. In our time together, we cracked jokes, shared our food, played cricket, exchanged our stories – all silently, in a heart touching fashion. I listened to their dreams, their feelings, their complaints and problems, their prides and glories, their sorrows… and sometimes even their best-kept secrets.

Installation Views from various Photo Festivals across the globe: 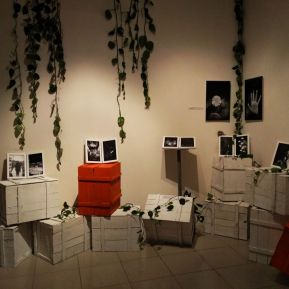 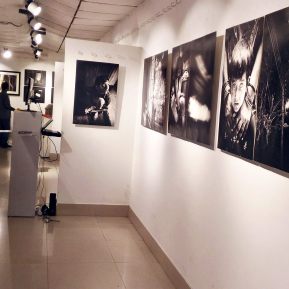 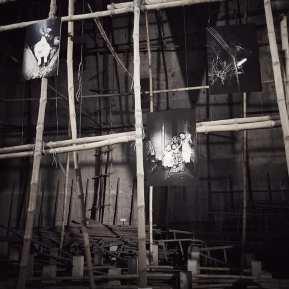 “The Sound of Silence” by Debiprasad Mukherjee

SOUND OF SILENCE with Ambassador of India to Ireland Mr. Akhilesh Mishra: