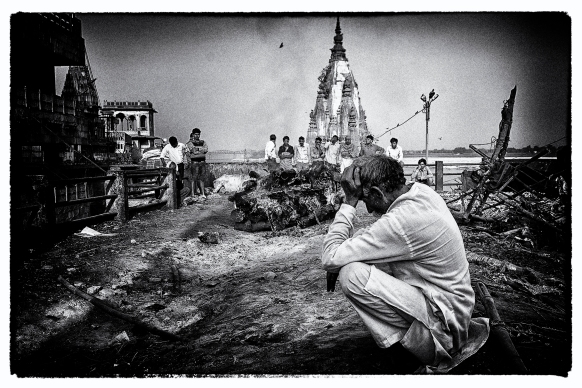 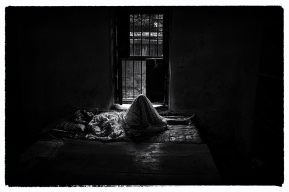 To take God’s name & die in Varanasi – this is interpreted by Hindus in India as liberation of the soul, release from constant cycle of rebirth and reach the ultimate destination called “Moksha”. Kashi Labh MUKTI BHAVAN (“liberation house”) is one such place in Varanasi where people check-in to die because they believe dying a good death in Varanasi forgives bad karma (culmination of deeds). People from all across India, from diverse cultures of Hinduism come to this sacred hospice with their loved ones to celebrate their death, rather their “Mukti” (release of soul). Every moment after checking in to this hospice, they pray to God for death, they start counting the days. They all want the death to happen as soon as possible so that the remains of the body can be offered to River Ganga in Varanasi and soul will get holy escape from rebirth cycle. All the boarders have pious last 15 days of their lives to stay in this Bhavan which would lead them to the doors of heaven. Otherwise they have to return back to their home, the stairway to heaven would be closed down forever. “While the rest of the world celebrates a new life when a child is born, similarly we celebrate death,” said Bhairav Nath Shukla, the manager of 12 room free hospice Mukti Bhawan, opening death register of last 100+ years of this hospice where more than 15000 names are listed who have died here. He believes that people are not dying here, otherwise it would be a haunted house. It is the last stop for them before the salvation from the cycle of reincarnation.